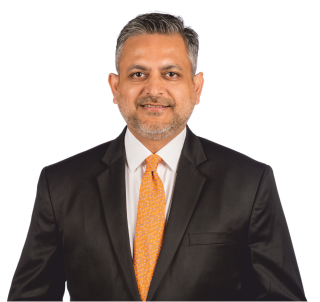 Rabindra heads the Firm's IBA, France desk and Germany desk initiatives. He also sits as an officer on the IBA Corporate and M&A Committee. He has been appointed Counselor to the President, Union Internationale des Avocats. He is a Patron member of The Bar Association of India.

His practice spans a range of areas, including domestic and cross border M&A, PE investment, transaction documentation work and advises his clients regularly on all aspects of foreign investments (both inbound and outbound) and regulatory approvals. He has advised several multinationals and Indian companies on complex and big-ticket M&A transactions.

Rabindra Jhunjhunwala has represented and advised the following clients

Advised on the Indian law aspects in relation to execution of a purchase agreement to acquire majority stake in OptoTech Optichmaschinen GmbH, a company incorporated in Germany (Target).

Advised on the Indian law aspects in relation to its acquisition by Donges SteelTec (a subsidiary of German Mutares Group) including acquisition of its India subsidiary, Kalzip India Private Limited.

Advised on the Indian leg of the transaction in relation to its acquisition of the natural fibres and textile components business units from the textile segment of Oerlikon Corporation AG, Switzerland structured in the form of asset and share purchase deals for a total consideration of 500 million Swiss Francs.

Advised on a joint venture with Zydus Cadila for manufacture of injectable cytotoxic products.

Advised in relation to the Indian leg on its acquisition of Bilcare Global Clinical Supplies from Bilcare Limited, an Indian company listed on the BSE for approximately USD 61 million.

Advised on sale of stake in Hutch–Essar to Vodafone, plc, with a deal value of USD 11.1 billion.

Trends and Developments of Investing in India in 2021