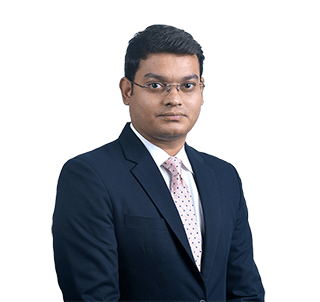 Sanjay Khan Nagra is a Partner in the Corporate and Commercial Practice Group in the Bengaluru office. He specialises in private equity and venture capital investments and private and public M&A. In addition to traditional businesses such as manufacturing and logistics, Sanjay takes keen interest in Ecommerce, consumer internet, and other intersections of law and technology, and frequently advises companies, entrepreneurs, and investors in these areas.

Apart from transactional work, as part of the think-tank – iSPIRT, Sanjay closely works with entrepreneurs and governmental agencies such as the RBI, the SEBI, the Prime Minister’s Office, etc to bring about various impactful policy changes (such changes include general permission for deferred consideration and indemnity payments for foreign direct investment transactions and special status and benefits for startups).

RSG India Report 2017 named Sanjay as a client recommended lawyer for M&A and venture capital and he is frequently quoted and interviewed by media on the above matters.

Sanjay Khan Nagra has represented and advised the following clients

Advised on : (a) acquisition by the Walmart group; and (b) potential acquisition of Snapdeal.com.

Advised on: (a) divestment of stake in Snapdeal.com; and (b) investments in PharmEasy, Travel Triangle, Hungama.com, Cashify, CanvasFlip, etc.

Advised on : (a) investment in Udaan; and (b) potential investments in a hyperlocal company and a fintech company.

Government of the Kingdom of Saudi Arabia

Ola Cabs and its founders

Advised on matters pertaining to investors’ and founders’ rights as shareholders of Ola Cabs.

Advised on: (a) its investments in Milltec Machinery Private Limited and Vikram Hospitals Private Limited; and (b) divestment of its stake in Delhivery.