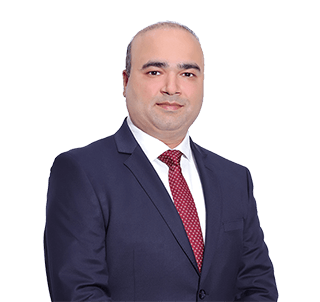 Rajiv Bhatnagar is a Partner in the Dispute Resolution Practice Group in the New Delhi office. Rajiv has substantial experience of handling Civil and Commercial disputes and specialises in White Collar Criminal litigation and advisory.Rajiv has been involved in advising qua on-going investigation by various agencies [Economic Offences Wing, Special Cell (Delhi Police), Central Bureau of Investigation, Enforcement Directorate, Income-Tax (Benami Cell)] for prosecution and quasi-criminal prosecution for alleged offences under various specialised criminal statutes such as the Prevention of Corruption Act, Prevention of Money Laundering Act (PMLA), the Fugitive Economic Offenders Act, and the Prohibition of Benami Property Transactions Act (PBPT). Rajiv has also assisted and advised clients in the course of their internal corporate investigations, with a view towards tracing corporate fraud, bribery and/or money laundering for multinational organisations, and other offences under general criminal law, as well as under specific penal statutes such as Drugs & Cosmetics Act, Food Safety and Standards Act & Conservation of Foreign Exchange and Prevention of Smuggling Activities Act (COFEPOSA).

He has also represented clients before various Courts, Tribunals & Authorities, including the Supreme Court of India, High Courts, District Courts, Adjudicating Authority (under the PMLA and PBPT Acts), etc, at different stages of prosecution/litigation. In addition to the above, Rajiv is also involved in Domestic Arbitration, and advises clients in relation to ongoing contractual disputes.

Rajiv Bhatnagar has represented and advised the following clients

Advised on ongoing domestic arbitration related to claims arising out of non-payment of dues, for performance of an EPC Contract.

Advised on a domestic arbitration initiated for non-performance of terms of an EPC Contract.

Advised on civil proceedings initiated against the client, seeking injunction and other reliefs, arising from alleged breach of contract.

Advised on a prosecution launched under the Orissa Forest Act, 1972.

Advised on the investigation under the Indian Telegraph Act, 1885 for alleged illegal use of satellite phones.

Represented on proceedings before the Hon’ble High Court of Madhya Pradesh, filed in connection to alleged violations under the Food Safety and Standards Act 2006.

Represented and advised on a prosecution against the Company, Dr Vijay Mallya, as well as other senior management officials in various criminal matters.